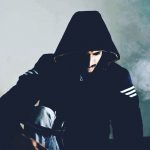 DJ RIK is a star Bollywood / House DJ, Producer and Re-mixer with excellent credentials.
his successful DJ career of a decade has seen his play in prestigious clubs in India
distinctly unique mixing style and energy behind the decks.
He has surely been the boy on a mission to make his mark on the music scene that He has covered more ground than many of his peers in a very short span of time.
He has coaching upcoming DJs & producers

DJ RIK is Male Bollywood producer.
his successful Bollywood remixes has been riding high in clubs across India and internationally.

India’s No#1 Online Platform For Djs. We Promote Indian Djs & Their Remixes.
All Remixes Are Strictly For Promotional Use !